Today we had the privilege of visiting Grace Village. This community  is about 40 minutes outside of the capital city in a little village named Titanyen. Grace Village was opened back in 2012 by Healing Haiti as an orphanage and school. As the years have gone on and the numbers of children have increased, they realized that an orphanage set up was not helping these children. In turn they built 4 homes to model a foster care setting where the children live with a mama and pappy. Just like an ordinary family! Each house has anywhere between 9 and 13 children and are thriving! Grace Village has around 46 children that live there and over 400 that come to school there everyday. They graduated their first class earlier this year and dropped off one of the graduates at med school a couple months ago. God is doing great things for these children!

Grace Village has a one stop shop health clinic. Two days a week are dedicated to sonograms for expectant mothers. Before this clinic, mothers never saw their babies before they were born. Now they get that opportunity! 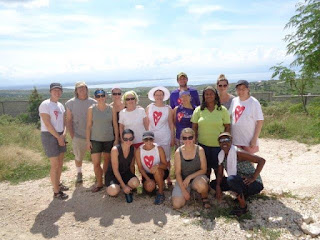 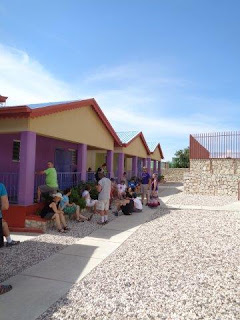 Grace Village also started Fleri (which means to flourish) bakery/restaurant. We had an opportunity to tour the building and watch employees making baked goods. The facility is clean and beautiful with brand new appliances. Once we were done with a brief tour, we were able to purchase freshly baked cookies that were amazing! They hope to be fully open and operational by the end of December. 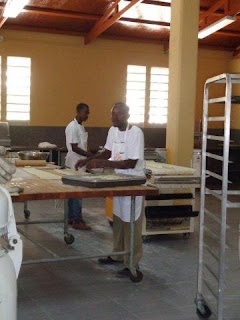 The second part of our day was spent visiting 4 elders that are in Healing Haiti’s elder care program. At each visit, we washed their feet then placed lotion on their hands and feet.  During that time, we gathered around and worshiped in song.  We then asked what they wanted us to pray for. I am amazed that the humbleness of each individual. Most of them asked us to pray for someone or something other than themselves.  Each person thanked the team and said that God has blessed them by us coming to visit.
﻿ 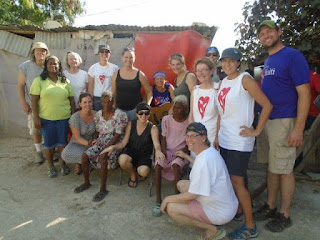 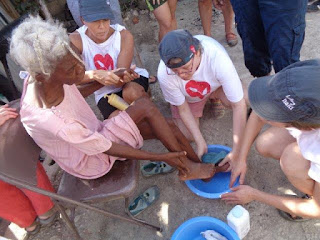 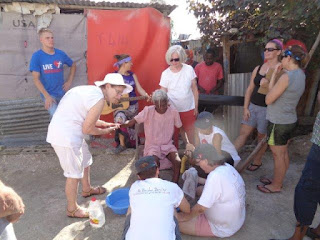 On the way back to the guest house we stopped at the mass graves where loved ones were buried after the devastating earthquake of 2010. There are more than 300,000 people buried there and it is sacred grounds. Our driver told us his story of that horrific day. His descriptions were so clear. He said it took him years to talk about it but knows that God helped him to move forward. 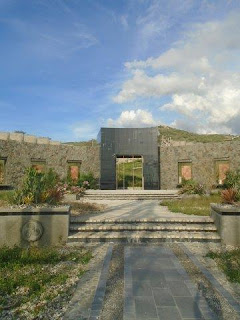 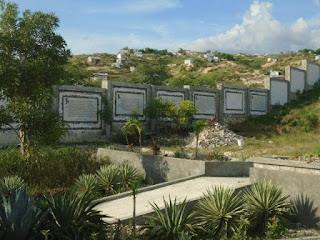 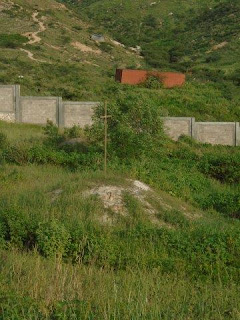 This day was filled with wonder for all of the team. God showed us a beautiful world that is much bigger than little ole Minnesota. God is doing great things here in Haiti and we can’t wait to see what the rest  of the week has in store for us.  Marci, Shelby and the whole team!
Posted by Healing Haiti Mission Team at 5:56 PM No comments: