A Day with Children

Today, our team was separated into two different groups ... one group went to a special needs orphanage.  However, we were in the group that was fortunate enough to go to the Home for Sick & Dying Children.  The scene was a little chaotic when we arrived.  The children that were feeling well enough to get out of their cribs were running around, playing and wanting to be held.  The many children were tended to by a handful of nuns and staff.  Malnutrition seemed to be one of the biggest issues.  Several of the children were half the size they should be or even less.  It was hard to just hold them when you wanted to do so much more to help.  The only thing we could do was hold them and love them.  They just wanted to be touched and noticed.  Some of the babies laughed and smiled, while others had no expression or they looked so sad.  At one point, Hannah was trying to comfort four babies at once on her lap, and with her loving touch, they all fell asleep on her.  It was hard to say goodbye to the beautiful children, they all cried when we put them down to leave.

Later in the day, we visited Papillon aka The Apparent Project that provides Haitian parents with employment so they can provide for their families; otherwise, some of the parents would have to give their children up because they couldn't afford them.  We got a tour of the production area where they hand-make all of the products.  Then, we had the opportunity to shop in the store and buy their beautiful creations.  It felt good to know we were helping all these parents support their families.  It was another wonderful day in Haiti. 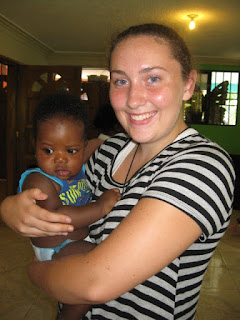 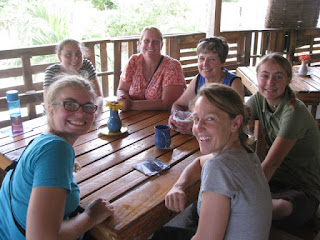