I’m blogging today so I think I’ll just describe it through my perspective. I woke up early to watch the morning begin while drinking coffee. Then I, we, had breakfast. It was nice to try some small things that aren’t common back home like mango orange juice and oatmeal which had a crazy texture to it. After breakfast I got ready for the visit to Cite Soleil which was eye-opening. For me it was incredible to see how different life is around the world and the kids were amazing. Just being in that environment was unbelievable. The kids swarmed you looking for any bit of attention that you could spare. I was completed overwhelmed in the best way between carrying water to people’s houses or just holding and playing with the kids. After the 45 minutes we had a snack break and got a tour of the Hope church/school that was built on ground that used to be a trash dump. We then spent awhile at two more water truck stops and the experiences were very similar to the first but so different. The kids the vibe it all changed and for me it provided some perspective. Those memories will undoubtedly be something that I cherish forever. Then I, we, went to the farm which was really impressive to me. The innovation used by the farmers was astonishing. After this I came home and then went to the pool which was also very, for lack of better word, cool. The hotel was really nice and I tried real plantain chips which were fantastic. After it was home and relaxing followed by chill time, pictures and blogging which is where I’m at right now. The way the I described things couldn’t possibly demonstrate the things I witnessed today I’m blessed to know that I’m going to be changed for the better because of it. Final thoughts… Driving is insane, people are jungle gyms (if you get it you get it), and happiness doesn’t care about money. 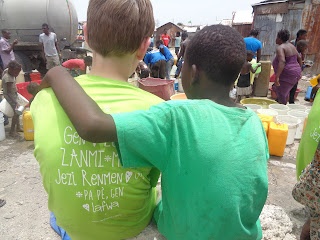 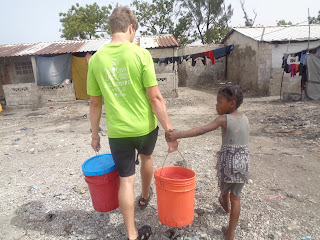