Today was a very awesome day for us in spite of the incredible heat!  It was almost 100 degrees! Phew - but it was also a super fun day with lots of kids and young people. We started the day out going to the neighborhood artisans shopping opportunity a couple of blocks away. Then we went to a special needs orphanage called Dio's where we played for several hours with the kids and youth. We drew with chalk, sang, colored, played soccer and ball with them, etc. They were so content to have us there and to soak up the love! Our leader also went over to the patio and encouraged the orphanage staff with the Haitian pastor of the ministry interpreting. We let them know how much God loves and appreciates them and their work with the children and how important it is in the kingdom of God. 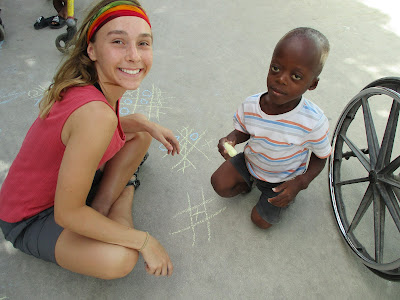 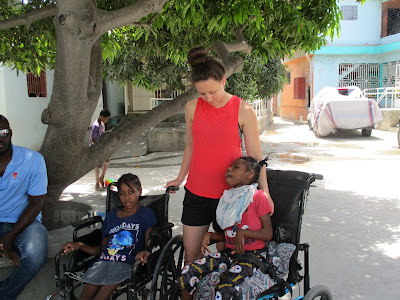 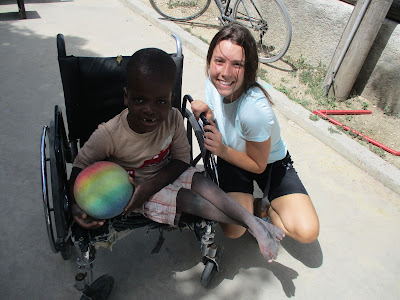 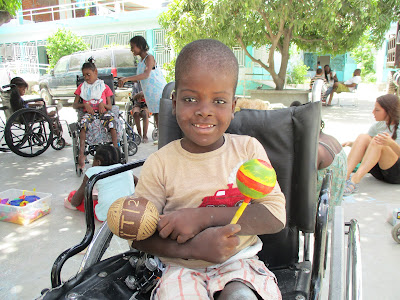 Then we had a long bumpy dusty ride to a place called Papillon Enterprises which is an orphan prevention project that employs nearly 200 Haitians, paying them a livable wage so they can support their families and not have to give their children over to orphanages or adoption. We shopped and supported the economy very nicely! Upstairs they have a place called the Clay Cafe where we enjoyed smoothies and french fries. 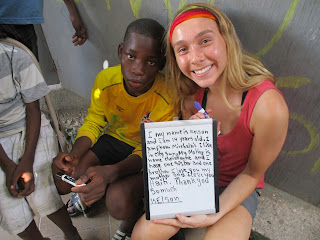 After that we went back to Cite Soleil to visit an after-school program called Sakala. Sakala translates to "Peace and positive things can be here". The children there were absolutely brilliant. A few even learned English through school and speaking with other volunteers and we were able to communicate by writing and trading off a dry-erase board. So cool! Other children developed magnificent soccer skills and were perfectly booting a ball to a partner clear across their track! They also had a lot of fun playing with sidewalk chalk and other quick games with us. The young man beside Sydney, holding up the dry erase board, was so appreciative of her time with him communicating via the dry erase board that he wrote a beautiful paragraph thanking her for spending time with him and that he and his mother appreciate her visit so much. We though that was super special of him! 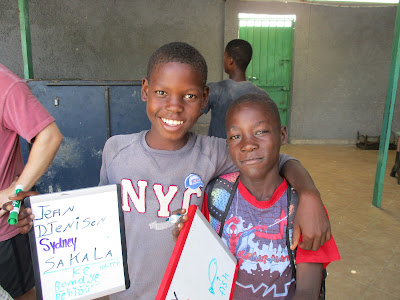 After a busy and sizzling day in the sun our team decided to cool off by the hotel pool which hosted a grand wedding reception. One of the team members was feeling pretty high and mighty as the reception died down and pushed her older brother in the pool when he wasn't looking.  (written by the brother who was pushed into the pool)
Posted by Healing Haiti Mission Team at 7:24 PM No comments: