Today we started the day with an early church service. The way the people connected with Christ today in church was very moving for everyone. When entering the church they chose not a seat but an aisle to pace within. Their arms were outstretched towards the sky, to create a closer connection and establish an uncharted intimacy with God. The Haitian pastor was kind enough to preach in English upon seeing us arrive. Some of the elder church members greeted us with welcoming handshakes and hugs. The message was particularly centered around giving thanks to God. The phrase "just say thank you" was used a fair amount. This was incredibly moving due to it's raw and simplistic truth. 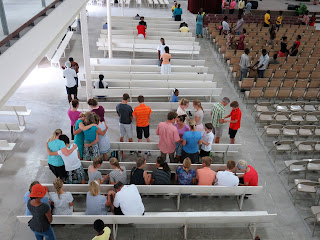 Then the team split up, majority of us going to work on the water truck. This was only supposed to occupy the first half of our serving day, so we made two stops as opposed to three. The first stop was on a narrow road, comparable to an alleyway, crowded with small children. The line for water was chaos. The locals were much in need of love and affection. Their need and desire for water grew apparent after witnessing the line's disorganization. However, the social aspect was amiable, the people were relatively friendly and the kids were ready and waiting with open arms for our love! The second stop was different from the first. At first, we were greeted warmly by chanting children, voicing the well-known phrase "hey you"! These words were commonly known amongst us, symbolizing each individuals significance. When you point to a specific child and say it, you're implying that they matter and they are loved. One word to describe the rest of the stop after exiting the tap-tap would be frantic. Mass swarms of teenagers and kids mixed surrounded us individually. At some points we found ourselves completely encompassed. Being new to these people and this environment, we were overwhelmed. Their interaction and physicality with us differed greatly from other stops. However, we overcame the foreign approach and ultimately delivered water to those in need of it. 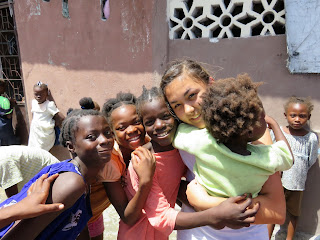 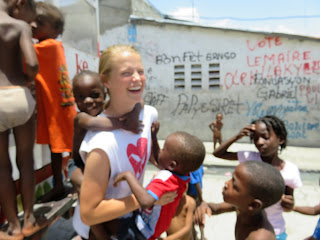 Posted by Healing Haiti Mission Team at 7:53 PM No comments: